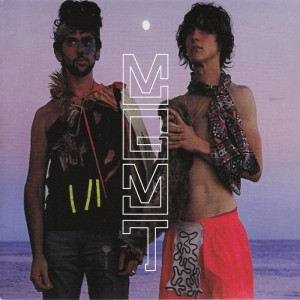 I was a late-comer to this band, having only discovered them last year.

There I was thinking I had found someone new to share with my mates on one of our music nights, only to find out that this album was from 2008 and already in the Rolling Stone top 500 – doh!

Anyway, ‘Time to Pretend’ is an absolutely fantastic track but that’s as far as my knowledge of the album goes….

‘Time to pretend’ again – wow what a song… every time I play it it just makes me shut up and listen (some would say a miracle in itself). I simply can’t have it on in the background.

First listen for some reason couldn’t get into it at all was quite disappointed.

Second listen something clicked and I started to really enjoy and appreciate it. The album has a real ‘feel’ to it which starts to grab you the more you listen (well it did for me anyway).

The album has a really strong set of tracks from the start. ‘Weekend Wars’ has a little  bit of a Bowie feel for me, although ‘Blog Connoisseur’ doesn’t agree. The run of tracks through to and including ‘Kids’ is a really great sequence.

Overall I think it’s a great example of an album which probably should be in the top 500 as it is everything that the Bonnie Raitt album isn’t. Different, interesting and memorable (probably even if you don’t like it!).

Tails off a little bit at the end with ‘Future Reflections’ my least favourite, but even the tracks I don’t like as much are interesting with good ideas in them.

One thought on “494 – MGMT – Oracular Spectacular”