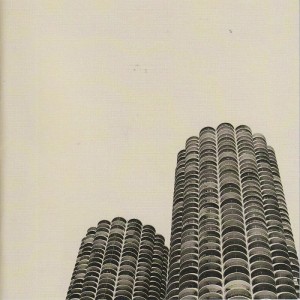 This is a new one on me!

First thoughts on first track – if you’d told me this was Beck around the time of ‘Odelay’ I would have believed you. This may not be the case on subsequent listens but there you go. Not necessarily a bad thing either btw.

I have to say this top 500 lark has already introduced me to some great stuff in the bottom 10! Having thought about it, I had also already heard of Wilco in their collaborations with Billy Bragg, just not listened to any of their own stuff. I also wonder if I somehow must have confused them in my head with Wilko Johnson who is my first thought when anyone says ‘Wilc/ko’ and I don’t see it written down. Obviously it is not possible to confuse the two when you actually hear them!

Ok, so after listening again I really like this album. ‘I am trying to break your heart’ still reminds me if Beck, I also think that Kamera will be another one I return to regularly. It all makes me want to explore some of their other albums as well.

I know I hear odd things sometimes but there are  some slightly ‘Cure’ like melodies in ‘War on War’ and ‘Pot Kettle Black’ and folk/country influences with a tiny touch of ‘Crowded House’  in ‘Jesus etc.’ and a few others.

In my head ‘Ashes of American Flags’ has a dash of Gomez as well – also not a problem for me. I am sure that none of the similarities I have mentioned are real influences (apart from the folk/country ones). I just seem to get reminded of other things quite easily when listening to music.

The instrumentation and arrangements make it all sound fresh but somehow familiar and the album doesn’t really do much wrong.

Heavy Metal Drummer’ is also a really catchy track and is another one which had my feet tapping straight away.

15/20 but as for individual tracks, I reckon it is the type of album where favourites will change with repeated listens.

They are pretty much all good though.