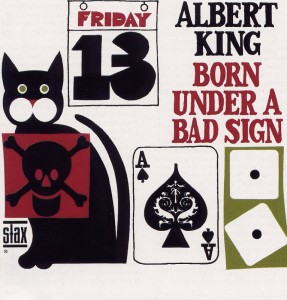 Another one I have heard of but know nothing about..

So, have listened to this three times and cannot help but be impressed by the amazing playing. However have been struggling to get into it at all really.

Given that I made the rules I thought I would break them and give myself another couple of listens before making any further comments as the third listen was the best so far.

On the sixth listen, still not ‘quite’ my thing but I am getting there.

I have to say that I am still absolutely blown away by the horn section, guitar playing, beautifully sympathetic and delicate piano and I like his voice as well. It is also great driving music!

Not bad for something that isn’t my thing!

Despite a few tracks which are fairly standard….

‘Kansas City’ is a really great tune and starts my favourite run of tracks on the album.

‘On Pretty Woman’ has got that heavy ‘walking’ beat backing it with the sharp horn stabs and short sharp guitar riffs. You don’t want to be contemplating whether or not to overtake anyone in your car when this comes on!

Then we are into ‘Down Don’t bother Me’ and ‘The Hunter’ which are great tracks as well.

The arrangement on ‘I Almost Lost my Mind’ is amazing with a great vocal sound and the little flute ornaments just making for a really great feel.

Finishing up with ‘The Very Thought of You’ which is just gorgeous – invoking shades of Nat King Cole.

My only comment generally (apologies to you blues afficianados) – I would have placed the guitar ever so slightly lower in the mix, as I think occasionally it overpowers the horns when it should be working with them – anyway this view may change!

I can honestly say that if I didn’t have another 490 to go – a few more listens and I might be a convert.

So for me I can definitely see why it is in the 500 and another example of why this project is enjoyable and is also ‘broadening my horizons’.