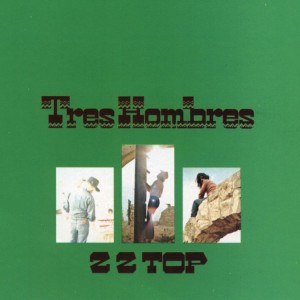 Off we go again.

Don’t know this one, I only know ZZ Top from their 80’s days and they weren’t really my favourite.

Wasn’t really looking forward to this, but then went into the Vinyl Tap record shop in Huddersfield this lunchtime (fab place  btw for those that don’t know it). The reason for my visit was to purchase some albums which are coming up in the list, I try not to go in ‘too’ often as it is dangerous : ),  anyway – one of the ‘Vinyl Tap Guys’, must ask his name next time I am in, said that it was one of his favourite albums so my interest was well and truly piqued.

I definitely reckon that the Kings of Leon listened to this a little bit though.

Just onto the third listen as yesterday ended up being a bit of a write off (in listening terms).

The approach I tend to take for albums I don’t know, is to not listen ‘too’ closely for the first couple of listens (to try and get an overall feel for the album and its sound) so it is already familiar when I have a ‘proper’ listen. That will be this evening for ‘The Top’. Will need to get my skates on…

After a 1 month hiatus caused by a long running ear infection rendering me deaf and an enforced repair to an amplifier here we go.

Have now listened to this about 20 times it is a great album. From the first track it is the kind of album that has you nodding like the Bohemian Rhapsody scene in Wayne’s World. It is such a good listen. Any album with a track called ‘Beer Drinkers & Hell Raisers’ has go to be good!

The first five tracks are absolutely outstanding and La Grange is a classic. Even the one track which isn’t in the in the same league (Sheik – bit formulaic ) would probably stand up on  a lesser album. I would definitely choose to listen to this album for fun.

Eliminator was of its time whereas this is a timeless classic.

La Grange and really most of the other tracks 14/15.

Very unexpected (for me at least ) – apologies to all you ZZ Top aficionados out there!